Question solved by Model Method: 900 people attended a party. 1/4 of the males and 1/7 of the females were children. the number of male and female adults were the same. how many women were there at the party? 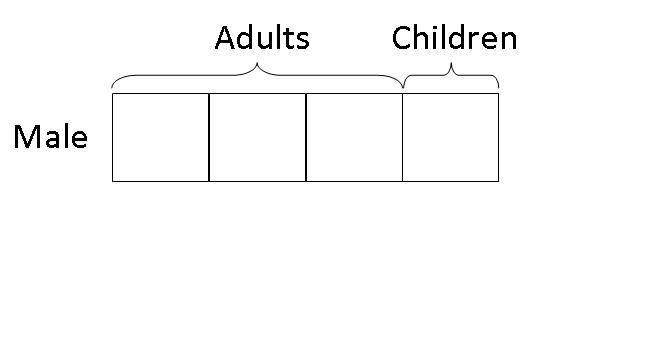 Step 2: Since 1/7 of the females were children, then 6/7 of the females must be adults. We were also given that the number of male and female adults were the same. Thus, 3/4 of the males(men) must be equal to 6/7 of females(women). So we draw 6 units of women to be equivalent to 3 big boxes representing all the men. 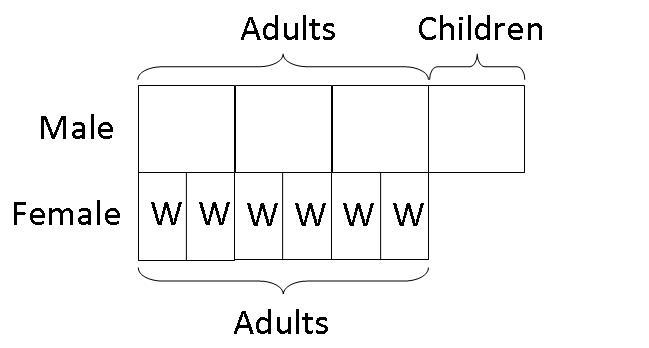 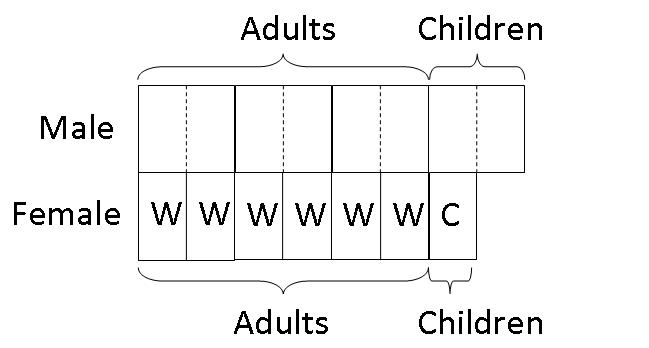 Step 4: We then label 6 small boxes as "M" (men) and 2 small boxes as "C" (male children or boys). We also add in a bracket to the right to denote the total number of people (900) who attended the party. 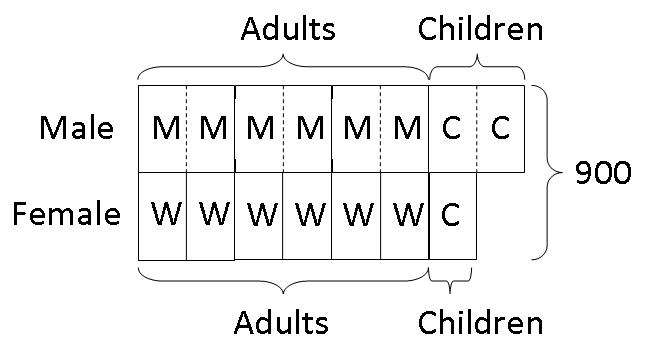 Therefore, there were 360 women at the party.