The Constant Difference Concept is derived from the

To illustrate this concept, take a look at the following problems.

(A) Equal Amount Transferred into 2 Variables


Answer: For this question, we will work backwards. It is always easier to start drawing models where a multiples-relationship exist, i.e., a variable is a multiple of another variable. In this example, Ken is 3 times of Ben after the transfer in. 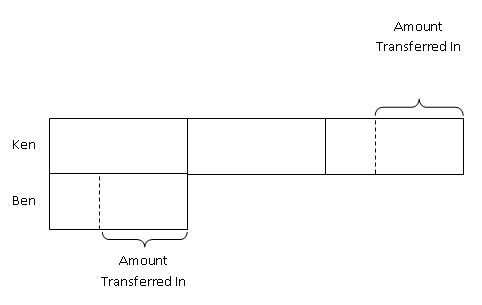 Step 3: Next, we label the models with the number of pens they each had at first. 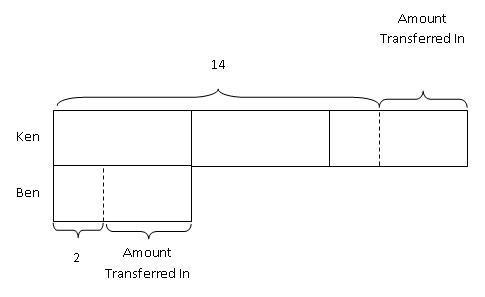 Step 4: After all information have been put into the model, we can then mark out all the known parts and try to make all the unknown parts equal. 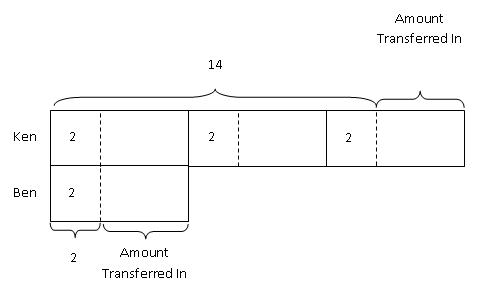 Thus, they reach receive 4 pens from their teacher.


(B) Equal Amount Transferred out of 2 Variables


Answer: For this question, we will again work backwards. It is always easier to start drawing models where a multiples-relationship exist, i.e., a variable is a multiple of another variable. In this example, Chloe is 4 times of Jane after the transfer out. 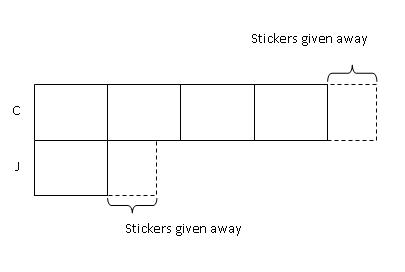 Step 3: Next, we label the models with the number of stickers they each had at first. 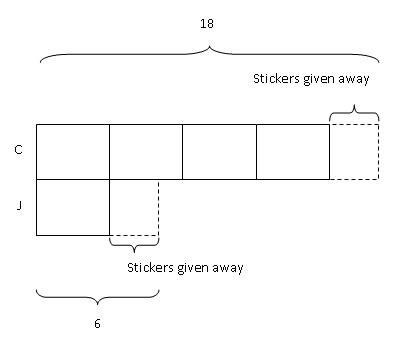 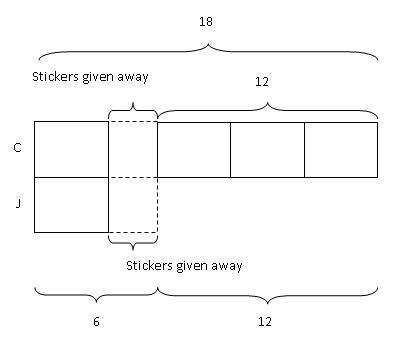 From the model, we can see that after we shift the last unit of Chloe's bar forward, the remaining 3 unknown but equal units add up to 12.

Step 5: Putting the value of 4 stickers per unit back into the model, we get: 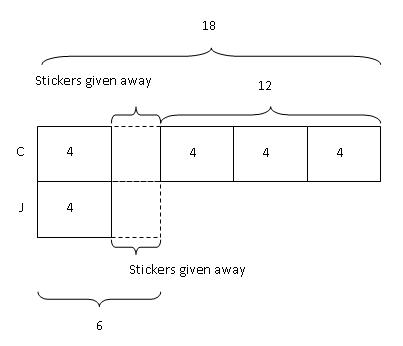 Therefore, they each gave away 2 stickers.

Question: Matthew is 29 years old and his son is 5 yrs old now. In how many years will Matthew be thrice as old as his son?


Answer: In such questions, do bear in mind that the age difference between any 2 persons will always remain a constant.

Step 1: It is easier to draw the "After" model first and work backwards to the "Before" model. First, we draw 3 boxes to represent Matthew's age and 1 box to represent the son's age after their age increases.

Step 2: Since an equal amount was added to their ages, we mark out an equal box on both their model bars to represent the number of years they have grown from their present age. 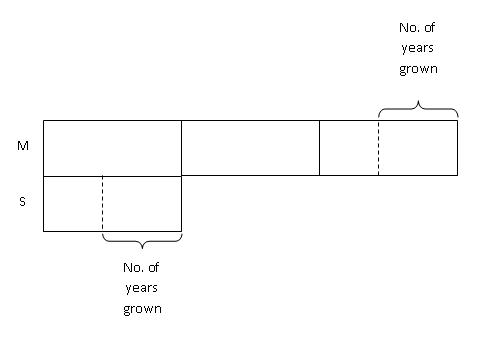 Step 3: Next, we label the models with their present age. 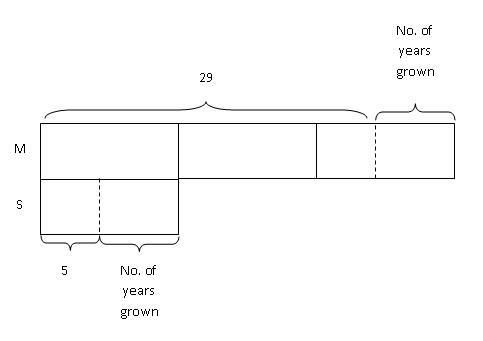 Step 4: We then divide the model to reflect the known and unknown units. 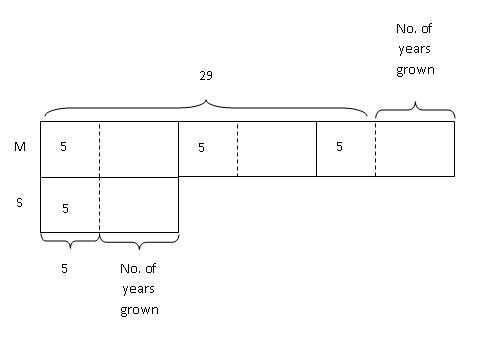 Therefore, Matthew will be thrice as old as his son in 7 years' time.