Step 2: This question is based on the Constant Total Concept . Since the total number of units is 6 units, each of them should have 3 units before the transfer so that they had an equal number of marbles. So we draw 2 boxes in dotted lines to show that they had been transferred from Amrita to David. 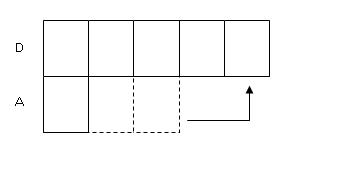 Step 3: So the 2 boxes in dotted lines must represent the 50 marbles transferred. We can also draw another vertical bracket to the right of the model to show the total number of marbles both had which is equal to 6 units.

Therefore they had 150 marbles in all.