Question posted by Nelina from The Philippines: 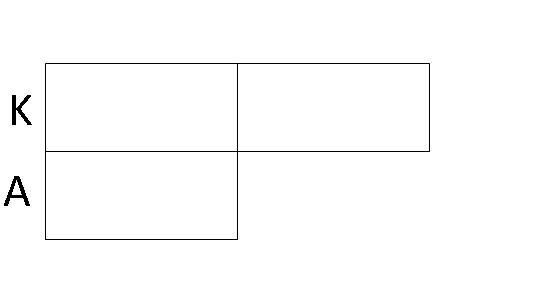 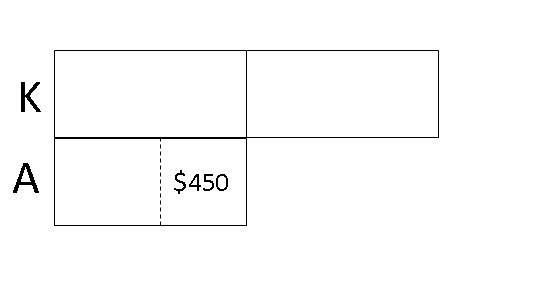 Step 3: Since Kelly gave Andy $450, we will add another box in dotted lines to mark out the amount of $450 given to Andy. 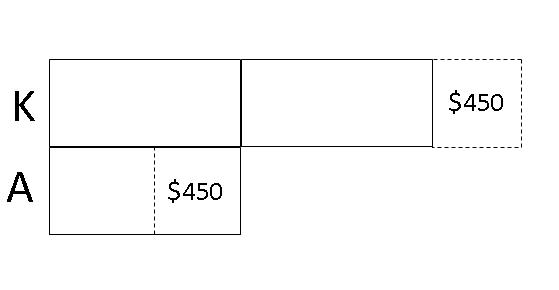 Step 4: Next, we can cut the model into equal parts of unknowns after marking out all the known parts which are of equal values of $450. 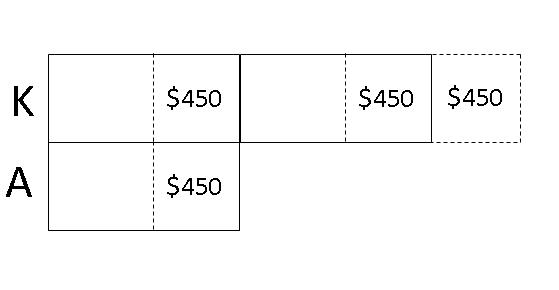 Step 5: Now, we are only left with 3 equal unknown parts. We can then label the unknown part of Andy's model as 1 unit. 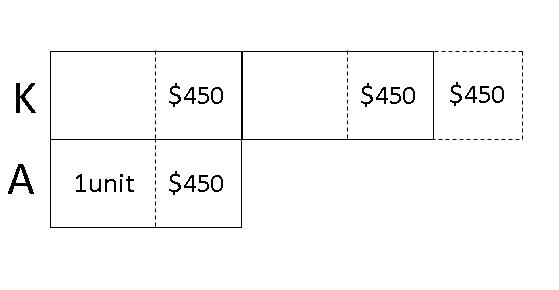 Step 6: Similarly, we are only left with 2 equal unknown parts in Kelly's model. We can then label them as 1 unit each. 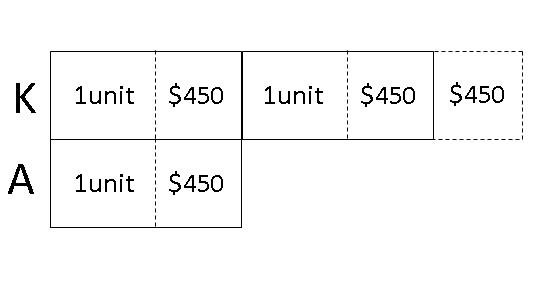 Step 7: Since Kelly originally had 3 times as much money as Andy and there were already 2 unknown equal parts in Kelly's model, the remaining known parts must add up to the value of 1 unit of Kelly's money. 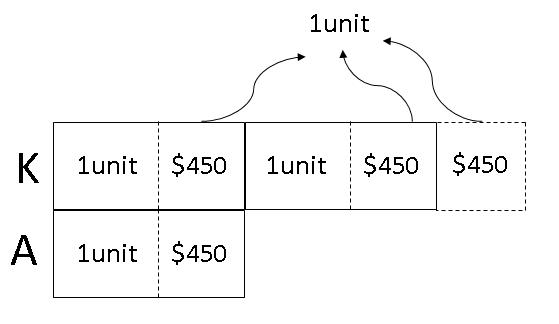