Step 1: Draw a long bar to represent one of the two numbers. Divide the bar into 2 parts since this number is made up of two parts: 6% and 94%.

However, since 6% of this number is equal to 4% of the other number, the percentages have different values in the two numbers separately, i.e., 1% of the first number is not equal to 1% of the second number.

For the first number, we will convert 100% into 100 units. So, we will label the shorter part as 6 units and the longer part as 94 units. 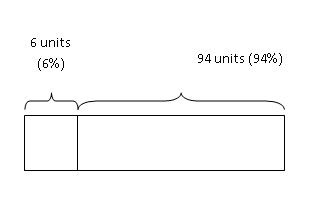 Step 2: To make the second number comparable to the first, we need to convert its percentage into units as well.

So, we draw a box identical to the 6 units of the first number and label it 6 units (this 6 units is equivalent to 4% of the second number). 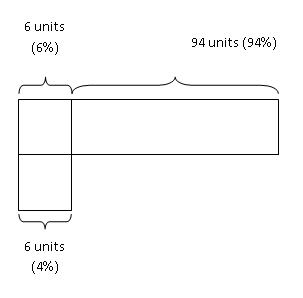 Step 3: Using the 3-lined Method, we can easily find out how many units is 96% of the second number equal to.

We then draw a longer box to its right to represent the remaining 96% of the second number (which is equivalent to 144 units as found from the workings above).

We also add in a bracket to the extreme right of the model to show the total of the 2 numbers is 2500. 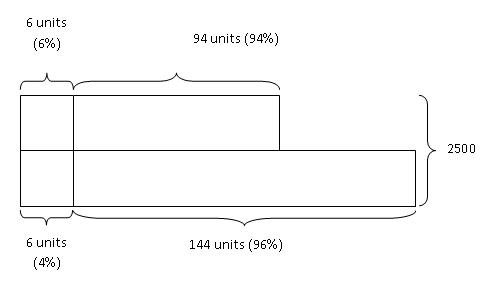 From the model, we can see that,


Go To Top - Model Method - Questions and Answers
[?]Subscribe To This Site