Question posted by Leslie from the United States:

Question: Train A leaves the station at 1pm going 20 mph. Train B leaves the same station an hour later (2pm) going 50 mph. When does Train B catch up to Train A?

To the right, draw a long line to represent the point where Train B catches up with Train A.

Next, label the speed of both trains respectively, (20mph and 50 mph). 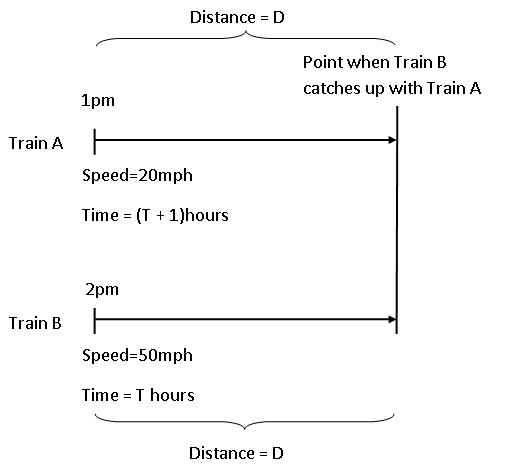 Step 3: Next, we establish the relationship among the distance, time and speed of the two trains using the formula "Time = Distance / Speed".